On arrival in our current country of residence, Papua New Guinea, we endured 14 weeks of cross-cultural orientation. Some of it was horrible. Most of it was fun. All of it was challenging. One of the challenging things turned out to be a video series we watched. It followed the life of one man – Joe Leahy (surname pronounced Lay). Joe was spawned by the exploits of the Leahy brothers, the first white men to ever set foot in the New Guinea highlands. They did so in the early 1930s and where they thought they’d find nothing but gold, they found a million people. Black Harvest was one in this series of films that we watched.

Joe Leahy is something of an anomaly. A man caught between two cultures. Sired by a white man who abandoned him to his local mother, he was always different and, though sheer hard work and a couple of opportunities that came his way through his white connections, he became a wealthy highlands coffee farmer. He then entered into partnership (of sorts) with local landowners firstly to work his own plantation and then to work in partnership on a jointly owned venture.

The documentary film Black Harvest tells the story of Joe’s joint venture with the Ganiga tribe, of walking cultural tightropes, of the eventual decline of the local status quo into anarchy and a 9 year tribal war, and the destruction of millions of dollars worth of coffee beans as they turned black on the trees. The video is fascinating, full of drama and portrays great insights into Papua New Guinean culture.

A few weeks ago, a friend of mine asked me if I’d read the book about the making of the film. I had no idea there even was one. But it seemed that after the wife of the couple who filmed it had died, her husband went through her diaries and discovered that she’d captured virtually everything they had encountered while filming it. As a form of grief, he decided to write their account.

Bob Connolly writes well. Not as well as he films, but well nonetheless. There are many gripping passages in the book as the the couple find themselves caught up in events that they hadn’t even imagined might take place. As the Ganiga get involved in tribal warfare, they find themselves faced with friends on each side becoming enemies of each other. Some of the stories are tragically heart-rending. Many die.

Having seen the film, it was wonderful to get this behind the scenes detail, to understand what it took to make the film, how the film materialised out of nowhere, completely against their expectations. And it was also great to get more of an insight into the character of Joe Leahy and what it was like to work with him.

The documentary series really is remarkable and I wish it was more widely available to people the world over. If you’re in Australia, you might be able to get hold of it. But wherever you are you’ll be able to find Making Black Harvest. If you want to get a glimpse into the world we now live in, a world that very few people know about, I’d recommend getting a copy of it. 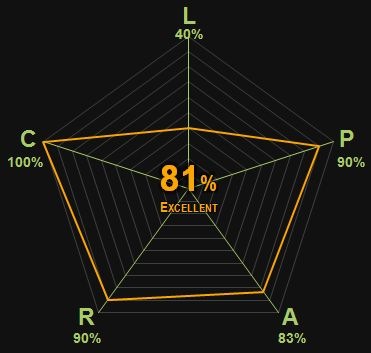