Ok… I’ll admit it, I was duped. I thought this was on the 1001 books list but, after I’d finished it and went to my spreadsheet to mark it as read, guess what? It wasn’t there! I’d enjoyed Babbitt so very much that I presumed this would be. Still, I enjoyed it and find Lewis way ahead of his time. This time, instead of exploring the inner workings of a man in a mid-life crisis, he’s exploring the very real notion of class in his native USA.

A wealthy heiress and her father set out from the eastern side of the US for a car journey all the way to Seattle. On the way, a talented mechanic in a two-bit town spots them, takes a shine to her, and follows them. Through a series of ‘accicoincidental’ meetings along the way, the two strike up a friendship and Lewis uses this as the vehicle (forgive the pun) to present prejudice from both ends of the social spectrum. Yes, it’s been done before (ahem… Austen) but, as with many things USAnian, this is on a grander scale. The gulf between the two is not just social, it’s… wait for it… yep, much worse than all that social Austenesque vanity… it’s economic.

Lewis has helped me understand class prejudice from a US perspective in a similar way to Edith Wharton’s novels. In the US, it seems to me that social gaps can be bridged far more easily than monetary ones. In the UK, its the reverse I find. In the UK, you can be dirt poor, laden with debt and yet still remain at the pinnacle of the social ladder. You remain there because of your breeding, your education and the role you play in society, notwithstanding being penniless. And if you’re talented enough to come from an underprivileged background and make it economically a la Alan Sugar, you still find yourself struggling to reach the first rung on the ladder, even if you are made a Lord.

But in Free Air, we see that money is the barrier, not breeding. And even if that money has been gained illicitly, as we find out late on in the novel, it’s money nevertheless. Ostentation is everything and we see the pair struggle to meet halfway, he buying new clothes and she ruining hers. I found their relationship a little shallow. I think he could have done more with it. It seemed a bit to simple to me, but his wit bites into both him and her as they battle with their versions of life and I often found myself chuckling while listening to it.

So a worthwhile read and some useful insights into life across the sea 100 years or so ago. It’s also one of the very first road novels, if not the first. 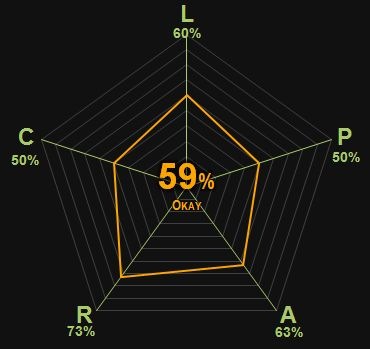 About as uplifting as digging out a mass grave, MacDonald’s portrayal of an immigrant family shattered from within by abuse isn’t going to win anyone’s most-loved novel awards. It’s memorable,…

Context: Borrowed a guitar while I was reading this as mine’s in PNG. REVIEW Švejk is one of literatures great great characters. If English did not so dominate the world…

Context: This is the first of a few books I’ll be reading from the collection of Russian literature the guy we’re living with has. REVIEW Never heard of Lermontov, Philistine…

A book filled with melancholy not only for the characters but the world in which they live, The Radetzky March is a carefully constructed memorial to a lost age. Roth…

Context: Starting a run of exhausting rehearsals for Cinderella. And, before you ask, no, I’m not an ugly sister. REVIEW Haven’t read any Lawrence for quite a while. Actually, not…