Wells was a genius who was way ahead of his time in being able to grasp some of the concepts which humanity will continue to struggle with for centuries to come. Island deals with vivisection as Edward Prendick is marooned guest on the isolated island of the crazed Dr Moreau, a scientist whose life work is dedicated to turning animals into humans. Trouble is, they don’t stay that way…

The question that this deals with is what are the moral limitations in human/animal experimentation. In fact, the question might even, in our postmodern times, be reduced to whether such experimentation can be said to be a moral issue at all.

Quite why Dr Moreau needs to create humans out of animals I wasn’t clear about. It’s not like the human race is endangered or anything. And while he is concerned with them being physically human (which is equated with walking upright and speech), there is also a moral aspect as they are required to recite laws and abide by them. The great irony here is that the century that unfolded shortly after this book was written demonstrated that perhaps turning humans into animals might in fact be a better solution to our problems than creating more deranged beasts like us.

In its inevitable way as the novel progresses, paranoia reigns with an ever stronger grip and everything descends into chaos and stops just short of a Death-Star-like explosion of the island at the end. As various members of the cast are killed/die off and various members of the humanimal tribe lose their humanity, Wells is asking us to look at what being human/animal is, where the distinctions lie.

For its time, the novel does a great job of this. However, it’s all just a little too simplistic in comparison to novels which ask these same questions nowadays. Not entirely similar but asking questions about what it means to be human, for example, is Ishiguro’s Never Let Me Go. The hundred years which separate the two novels shows how far novelists have come, not necessarily in which questions they ask, but certainly in their skill at asking them. 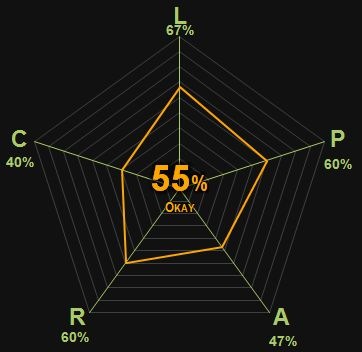