One problem with following the 1001 books list is that it rarely provides page-turners like this one. Yes, I’ve read some stunning literature and my outlook on life has been profoundly influenced by some of the books I’ve read. But from time to time it’s just great to get hold of a book that you just can’t put down. Veale’s story of a Coastwatcher mission behind enemy lines in the Sepik area of PNG is an absolutely amazing story from start to finish.

The Coastwatchers were an Australian idea. With most of New Guinea occupied by the Japanese invasion post-Pearl Harbour, the Allies needed as much info on enemy movements as they could get. The idea was to drop men behind enemy lines to hide out and spy on the Japanese and radio coded information back to Port Moresby. It worked brilliantly and gave the Allies the edge as they forced the Japanese back across this area of the Pacific.

These were no ordinary men. Most of them had, like three of the four men on Veale’s mission, spent many years working in Papua or New Guinea. They knew the place, the people and the Pidgin and this knowledge was their bread and butter. They were former gold miners, traders or patrol officers. They were just the right men for the job. And they were aided by volunteer Papua New Guineans who fought with incredible loyalty and bravery too.

Many Coastwatchers died at the hands of the Japanese, some at the hands of the local people loyal to the Japanese and some simply vanished forever. Fewer survived to tell tales like Veale’s which is extraordinary for the daring that it involves and the risks that had to be overcome. I’d read Eric Feldt’s account of the Coastwatchers before but this was on another plane. Sure, Veale must have embellished some details such as the murder of a native witnessed by three people he says he never hears from again at the end of the book. How he got the details of this account and some other episodes I’m not sure. But even if you took those out, you’ve still got an incredible story.

Quite honestly, when it comes to WW2, there’s huge ignorance about what went on in PNG, even in Australia. Books like these should be read more widely so that we’re aware what went on and can give respect where respect is due. Books like this should have a greater legacy than they currently do. I’m even trying to persuade the wife to read it. Let’s see how far I get with that! 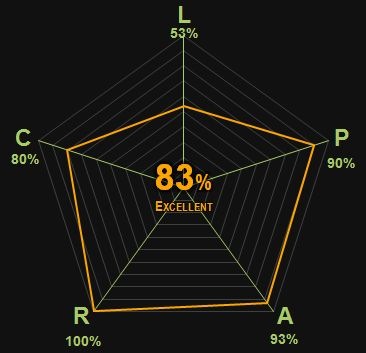 This novel is probably the most evocative I think I’ve read out of North America. Hauntingly beautiful, tragic and yet reassuring too, the Texan and Mexican landscape lives and breathes…

This little novel packs a huge punch even today, 50 years after it was published in a Sudan that was in no way ready hammer blow of this magnitude to…