The first audio book I’ve finished for a while. Another care of librivox.org. On the whole this was well read but there was one woman who sounded like she’d had a tracheotomy and was on a heavy dose of Valium too. They really should give people a bit of a screen test before they do let them read stuff. Anyway, what did I think of this? It was a foundational classic. Much shorter than I thought and didn’t really develop in the way that I thought it might which caught me out as I’ve become a bit jaded by romantic classic endings.

Hawthorne is dealing with some awesome themes here: sin, guilt, forgiveness and the attitudes of the church to all this. It’s interesting that those who fled persecution in England to establish the Puritan colonies where Hester Prynne, our fallen protagonist, has her name dragged through the mud, have now become the persecutors. I wonder how much stick Hawthorne got for suggesting that the early settlers were far from the pure visionaries that many Thanksgiving plays make them out to be.

Anyway, Hester has a child by an adulterous affair after marrying some old geezer. She’s publically censured for this and forced to wear a scarlet letter A on her clothing to symbolise her crime. I thought she was an immensely valiant character who faces her shame in a very well-measured way. She is one of literatures great heroines and I can’t think of too many from the US actually now that I come to think of it.

This is a book where the women shine and the men play vacuous, tortured roles and have absolutely no redeeming qualities. They’re two-faced while the women, even the evil ones, are true to their convictions. That it was written by a man at all is fairly amazing in fact.

The evil of the church as an institution is clear as day. Hester finds absolutely none of the forgiveness that God and herself have given her as adultery is elevated to being the acme of sins, far above gossip or hard-heartedness or cruelty. Each of the sins against her Hester overcomes ending her life in quiet seclusion having redeemed something of her name. But for her adulterous lover… well, I’ll let you read what happens to him as the burden of guilt becomes too much for him to bear.

Yes, I enjoyed this and recognise it’s place in literature as a classic treatise on morality paving the way for more recent writers of the guilt-genre such as Graham Greene. I can imagine that such a topic as adultery did not feature strongly in mid-19th century US literature, and Edith Wharton probably could not have written what she did if Hawthorne hadn’t prepared the public for such themes first. 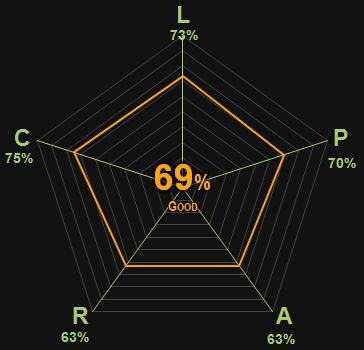