Lived in Japan for years and never read this although I heard a lot about it. In fact, I saw more of Soseki on the old Y1,000 note than I did in book shops. Why I never read it probably had something to do with fiction not being good enough for me back then. Fool. Anyway, read it now and although it wasn’t the greatest novel I’ve ever read, it took me back to Japanese schools I briefly had something to do with and Shikoku where I briefly, and somewhat foolishly, went one New Year.

Botchan is the book’s title and nowhere in the book is the narrator’s name given. It is assumed that Botchan is the narrator although how the world thinks this is the case, I’m not sure. Anyway, he graduates from teacher’s college and, full of idealism and restlessness, takes a teaching position in Shikoku, then and now regarded as a social backwater of Japan, only slightly more respectable than Hokkaido which at least has cows.

He soon realises that he’s in a time warp in a small back of beyond town with a teaching staff who he cannot fathom and students who make his life a misery. He fights this and, in the process, faces his first moral battles over his behaviour as he has to come to decisions about who he will side with and what, if any, ideals he will compromise.

It’s a short book and it was over, I felt, before it really got going. I never really enjoyed the prose. My version was not well translated I’m afraid and this didn’t help. This extract was typical of Yasotaro Morri’s translation:

"As I wrote it down in my record-sheet, I’m 23 years and four months."

"That’s it. So you’d be done by some one in unexpected quarter."

"I’m not afraid who might do me as long as I’m honest."

Answers on a postcard please….

I couldn’t really see why it’s so influential in Japanese literature but I think this is more my ignorance of that scene than anything else. Perhaps the novel questioned things that previously had never been questioned in mainstream literature. Anyway, it’s influence survived the fascist rise of the early 20th century (whereas a lot more writing did not) and the novel remains one of the most beloved and widely read novels in Japan. 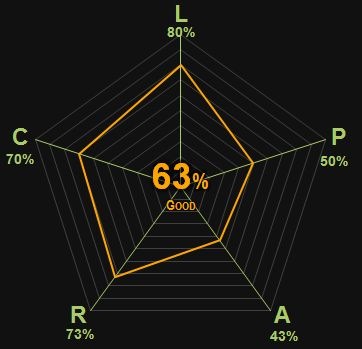 The last effort from Portugal I endeavoured to read through was the utterly futile Book of Disquiet by Fernando Pessoa. It is with great thankfulness that I can report Saramago…

Not really sure why this is on the 1001 books list. Didn’t grab me. Seemed a bit too much like navel-gazing for the Cambridge set (e.g. “we went to Browns…

This one was a bit tedious to be honest. Samar, a young Indian man falls in with a bunch of foreigners in Banares who are exploring the esoteric orient. They…

For its time, this is a pretty readable and engaging bit of writing that isn’t overlong and makes clever use of wry humour as it takes a dig at romance…

This was a strange book, the tale of a WW2 Jewish refugee who is initially harboured on a Greek island before emigrating to Canada. Michaels writes her own prose, and…