A friend here at Ukarumpa lent me this and a couple of other books I’ll be working my way through them here shortly. The first I started was fully titled 200 Shots: Damien Parer and George Silk with the Australians at War in New Guinea and followed the war careers of two film/photographers who captured probably the defining images of the Pacific War in New Guinea.

I’ve not read a book like this for a long time and it made a nice change to be reading images, spending as much time on them as I’d spend on the text, reflecting on what they were showing me and learning how to understand PNG more. If I have one criticism of the book it’s that it shows five pictures of Japanese war dead for every picture of Australian war dead. In fact, as far as I know, there was actually only one pic of an Allied death and that was to illustrate how it had been censored for publication with some exuberant cropping. That’s probably not the fault of the authors or photographers though, but probably what the war censors insisted on.

I’ve read a fair bit about the war in New Guinea. It’s definitely an overlooked battleground where some amazing fighting took place on both sides. This book gave me a step by step insight into the fighting and illustrated the kinds of conditions and occasionally the kinds of action that the Allies faced. It’s given me more admiration for what a human being can endure.

However, because it focusses on Parer and Silk, the narrative is cut short. Neither photographer finished the war in New Guinea. Parer was killed in action in Guam and Silk covered the war in Europe after the Allies first victories in New Guinea had only begun to push the Japanese back towards the Pacific. Thus, the book is a bit schizophrenic in that while it begins and ends with the film/photographers, the bulk of the narrative focusses on the action illustrated by their material. Personally, I’d have preferred a book that spent its time detailing the war in New Guinea through images from start to finish rather than leaving off where Parer and Silk did.

Nevertheless, I did enjoy it and it’s definitely a worthwhile read to make people more aware of what Australians suffered in New Guinea at the hands of the Japanese. Strangely, the book finishes, again somewhat schizophrenically, with an epilogue chastising Australians for their "kick people when they’re up" attitude which they argue led to both Parer and Silk quitting the New Guinea field of service. While the authors consider this important, it seems a strange place to make such a point. Being British though, I’ll just have to agree to agree. 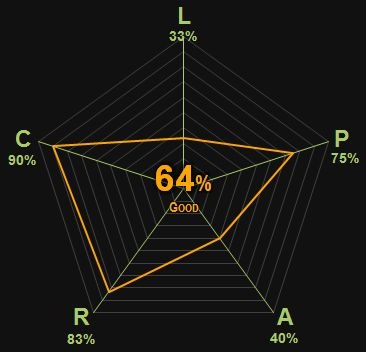 The last effort from Portugal I endeavoured to read through was the utterly futile Book of Disquiet by Fernando Pessoa. It is with great thankfulness that I can report Saramago…

Context: Read this while at work in LCORE, Ukarumpa, PNG. My working home for the last 2 years has been the office on the right of this building. REVIEW In…