Paton’s Cry, the Beloved Country is one of my top three novels of all time, and so when I saw this, his other novel, sitting on a shelf, I knew that I’d have to read it one day. That shelf was in the UK at the time and I simply ran out of time to read it. Leaving the UK for Papua New Guinea, I was surprised to see it sitting on a shelf again here, of all places. There was no way I wasn’t going to read it now.

And I’m very glad I did because this is a tragically sad and moving novel not simply of the human condition but more specifically about the conflict that men face inside themselves. I would go so far as to say that there are very few married Christian men who do not face the temptation at some point to break their covenant of love with their wife. How do I dare to say such a statement. For two reasons, both of which I believe motivated Paton to write this.

The first is demonstrated by the opening line: secrecy is the bandage under which our sores come to fester. Many men, faced with temptation, smother it and fight against it within themselves not realising that should the fight be joined by others and particularly their wife, they would find it so much easier to overcome. By being open and honest, they disarm the temptation before it can manifest as action.

So why do they not simply admit to the temptations the face? Well, this is Paton’s other motivation and theme: men are often horrified to discover the temptations they face. They have no idea where these desires rise up from and think, as does Pieter van Vlaanderen, South African police lieutenant, that they themselves must be corrupt beyond their imaginations. Thus, to admit this to another would immediately raise questions about what lurks beneath the surface of the heart of a married man.

Paton deals with these two themes superbly in the book. The tension of conflict within the man is skilfully delayed so that you, the reader, share in his agony and have as long as possible in this all too brief novel to see the inevitable coming. My only complaint would be that the novel ends when it does with only the hope of restoration and redemption rather than it’s actual reality. But there is another tension dealt with very well too and that is the relationship between Pieter, the white authority figure without equal in his town and friend of all, and that of Stephanie, the black single-mother and petty criminal.

The South Africa of the time is depicted well, not as stunningly as in Cry, but nevertheless in horrific starkness at times. Check out the quote below. On the back of reading A Dry White Season, it’s given me a much greater perspective on the amazing progress that the nation has made in my lifetime.

One final note, the phalarope of the title is a type of bird that Pieter’s father and sees with him while sharing a very rare moment of togetherness bird watching. 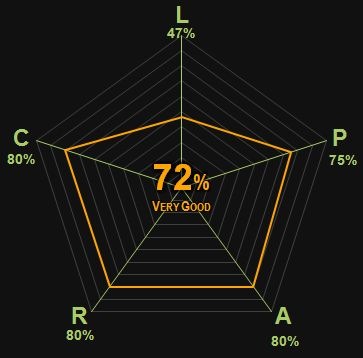 Key: Legacy | Plot / toPic | Characterisation / faCts | Readability | Achievement Read more about how I come up with my ratings.

REVIEW The films are great (well, at least I and II are) and the book is well worth a read whether you’ve seen them or not.

If you enjoyed this book, you’re going to love the map. REVIEW More from Murakami. To be honest, if this hadn’t been 100 or so pages long, I wouldn’t have…

Context: Finished this off as we headed back to the Markham valley in a dugout canoe on our Silisili Survey. REVIEW I’ve read a few of Le Carré’s novels before…

Context: One of a couple of books I read while we stayed in Port Vila, Vanuatu with this amazing view of the harbour from our veranda. REVIEW Being Russian, this…