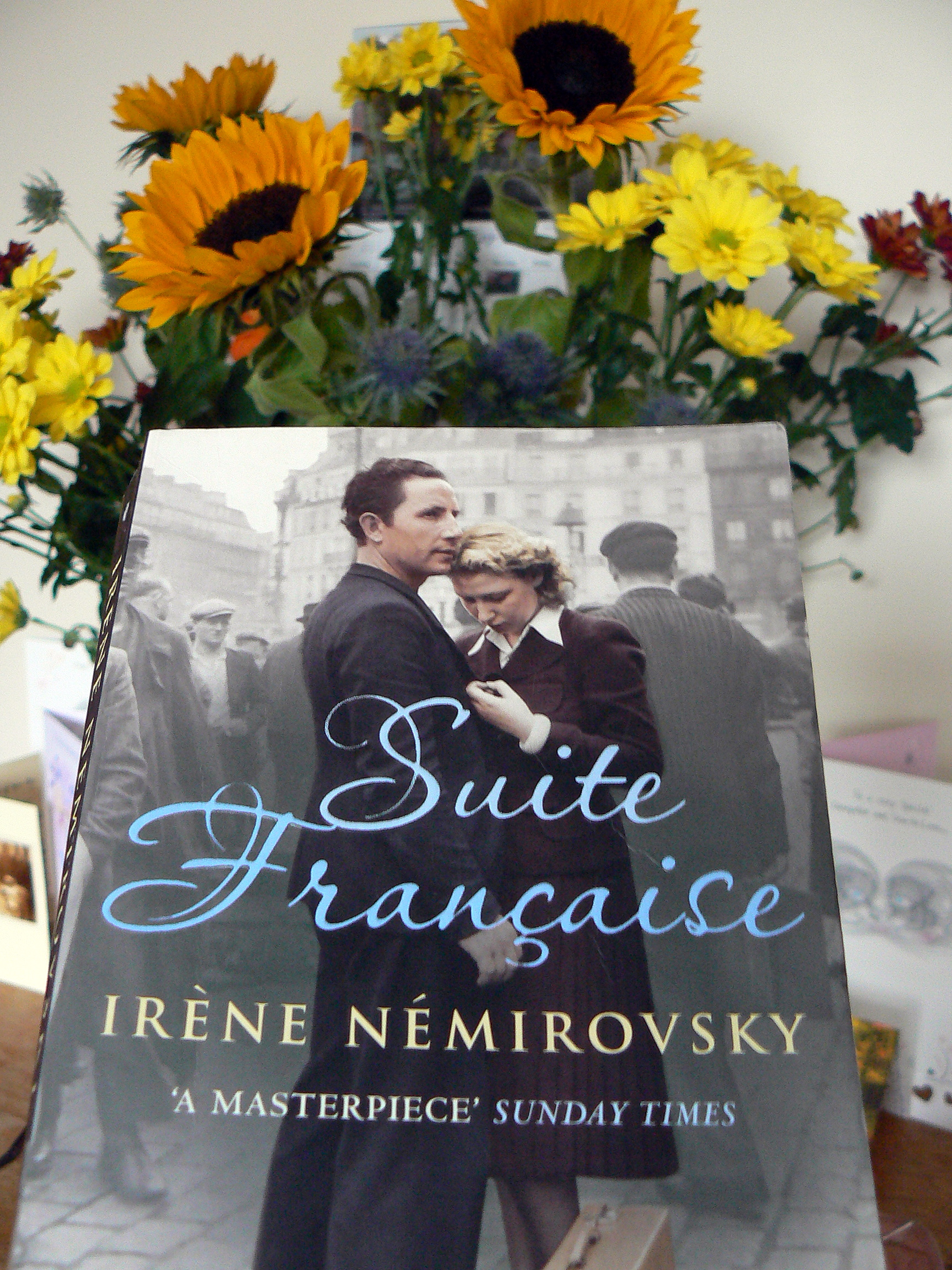 Context: Read this as we celebrated 14 years married and got some flowers from the in-laws.

REVIEW
A moving and powerful account made all the more poignant by the background of the original manuscript. We almost didn’t have this book.

The second-world war is still very much a part of this century as well as the last. The recent release of The Boy in the Striped Pyjamas shows this to be so. So this book is as relevant now as it was when it was written.

By that I don’t mean relevant to conflict necessarily. It’s a book that is far deeper than that. It’s more about humanity and its types. If anything, it’s about how conflict defines who we are by bringing us into stark relief.

Némirovsky’s book is laden with characters giving us a panoply that is pretty complete. No matter whether a character has a major or minor role, I felt that they contributed perfectly to the story. It’s very well-balanced in that respect.

Inside the book though, there are two novels. The first is edge-of-your-seat, page-turning stuff as residents of Paris flee a capital threatened by the advancing Germans. The invaders play little if any role in the story.

But the second novel is a huge contrast to this: a slow, melancholic style with lavish descriptions of an occupied village and its inhabitants and scenery. After the anonymity of the Germans in the first novel, the relationships between invader and invaded here are explored on many different levels.

This complementarity, between the racy pace of the first novel and the slow thoughtfulness of the second, make for a fantastic read and only make you wonder what a masterpiece the completed set of novels would have been.

Alas, the ideas for that, along with much else, perished in Auschwitz.

CLOSING LINE
All that remained of the German regiment was a little cloud of dust.

Context: Finished off while driving down to Reading to pick up the wife from a friend’s place. REVIEW The 1001 Books list has totally changed the way I read novels….

Context: Started this at the Mapang Guesthouse in Port Moresby before heading back to the UK. REVIEW This is more of a short story than even a novella, but what…

Context: The first book I read back in the UK where I could finally avail myself of the wonders of ordering books for free at a library… mmmmmm! REVIEW As…