Forgive me for not posting too much lately. Being in a village without electricity kind of kills your Internet creativity. This was a very interesting read. The thing that made it most interesting for me were the stories of experiences that people in PNG have with the supernatural. This book is cram full of them. They’re hair-raising and give plenty of pause for thought for those of us who work in this dimension in this country.

Sanguma, or controlling witchcraft, is still very much a part of life in Papua New Guinea. I read this in a village there and, when I asked if it was practiced there, I was told, “Oh yes, a lot.” In fact, sitting down with a pastor of a local church and asking him about it, he was able to give me examples from his very own family of the supernatural occurring. This involved a relative training to become a sanguma man and, disappointed to find he lacked the ability to turn himself into an animal which other students were able to do, he was encouraged by the fact that the did have the ability to heal people and then declare on which day they would then die. He practiced this for years accurately declaring the deaths of many.

As someone from a western culture, it’s very hard to relate to this, let alone believe it. As I heard many stories like this in my five weeks in the village, I found it hard to comprehend them because they are somewhat outside my reality. But there is no doubt both from the content of this book and from what I heard from my friends in the village, that these things are real and do take place. They are just as incomprehensible to us though as posting a picture on a web server in Seattle is for them.

There’s a big section in the book on contextualising the Gospel which I think would be most useful to people working in church planting. For me, the most useful sections were towards the end where Bartle gives an excellent practical guide as to how to deal with sanguma in communities and individuals. This was very encouraging to read as it contained stories of deliverance and therefore hope and helped me to realise that although the spiritual forces working in PNG are powerful, my God is more so. 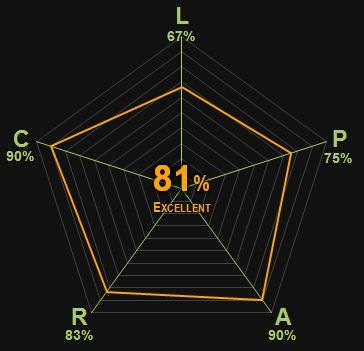 I’m trying somehow to reconcile my love of architectural photography with the demands of the MA in Photography that I’m currently studying. I’m in the first year of three and,…

Context: Finished this off on the back of the Dyna on the way into Madang. REVIEW I picked this up off the shelf in the office at the orientation course…

Absolutely fantastic book. Just one of those that you come across and know immediately that you’re going to end up buying someone a copy because you just want to share…