I picked this up off the shelf in the office at the orientation course I’m following as we begin a two year work contract here in Papua New Guinea. It caught my eye because it was written by the guy who was based as a Lutheran missionary in the very place where I’m studying: Nobnob, just outside Madang. Inselmann worked here until 1943 when he had to retreat inland due to the Japanese invasion. The title reflects a cargo cult that was particularly prevalent during his final years there. I thought it would give me some insights into the local situation. Unfortunately, it didn’t quite hit the mark.

Inselmann hasn’t really titled his book accurately. The last section actually details the letub cult and is fairly interesting. But the rest of the book simply describes the status quo of missions and the people and, for such a short book at barely 100 pages, it doesn’t do these topics justice at all. There’s history and again, it isn’t covered in much detail to be too useful. The only thing I really appreciated about it was the fact that it was written from the perspective of the 1940s when the Highlands had barely been penetrated.

Even when he finally did get around to describing the letub cult, I found it dissatisfyingly brief and wanted more detail than he gave. If I hadn’t been living in the very area he describes at the moment, I’d have considered it a bit of a wasted read. Now though, I want to ask some of my local friends here what they understand by the term letub and hear what they have to say, if anything. I’m going to visit a family in their village this Thursday evening for dinner so I’ll try and bring it up in the conversation. We shall see…

Basically, letub was simply another variation of the many cargo cults that were endemic in this area in the 20th century. What Inselmann didn’t know was that Madang would the be the centre of even more intense activity once the war had ended. 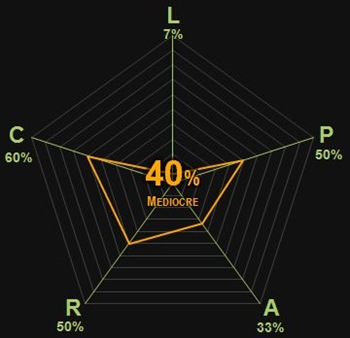