This is a curious little book about a man called Michael K. Although the title indicates that it is about his “life,” it is actually focussed on a relatively short period of his life during a period of civil war in South Africa. The story really begins when Michael has to take his sickening mother back to her hometown so that she can die. She passes away before they can get there though and the journey then becomes one of pilgrimage for him as he attempts to return his mother’s ashes to her birthplace. Eventually, surviving on virtually nothing, he is picked up by soldiers and interned in a work camp from which he vanishes.

But, of course, this is in no way at all what the story is about. This is simply the framework for an exploration into what life, at its very essence is really all about. I kind of liked it although I got the feeling that I was simply swimming across the surface of the vast unfathomable depths of this novel.

Michael is truly an amazing character. He gets thinner and thinner and survives on less and less so that, as the novel develops, he takes on a kind of supra-human form. This ability to transcend physical limitations and appetites that motivate the rest of us lends him the air of a kind of guru or bodhisattva. This makes an impression on absolutely no one except for the doctor who treats him and attempts to save his life in the hospital of one of the labour camps he is interned in. One section of the novel relates this by switching the focus of the narrative entirely from the third person to the first person as the doctor reflects on the impact of Michael on him.

The novel goes through a remarkable number  of stages for such a short piece of writing. There’s the violent episode in the city which catapults Michael and his mother out on their trajectory. Then there is the journey to her birthplace. This is followed by the beginnings of Michael’s solitude and introspection. Then there are the camp narratives, the doctor’s own story and then Michael’s return to where he lived with his mother. This contains some very strange happenings as he reintegrates, sort of, into modern life. As befitting such a character, there is no real ending of any typical sort.

The quotes below, for me, really capture both the content and ephemeral style of the novel. I hope they give you an idea of what it’s like. I think it really tries to investigate the spiritual side of ourselves. However, I don’t hold that spirituality exists at the expense of the physical. This is an Enlightenment duality which I don’t accept. Thus, there’s no reason why, in my mind, Michael should move closer to spiritual understanding as he virtually starves himself or why the doctor should find his education and material possessions a barrier to deeper spirituality. On the contrary, I believe that true spirituality is holistic, able to find its expression through every aspect of our beings whether we eat or whether we don’t. Thus, while I appreciated Coetzee’s attempt to explore this, I thought the device was flawed at a most fundamental level.

He fetched the box of ashes from the house, set it in the middle of the rectangle, and say down to wait. He did not know what he expected; whatever it was, it did not happen. A beetle scurried across the ground. The wind blew. There was a cardboard box standing in the sunlight on a patch of baked mud, nothing more. There was another step, apparently, that he had to take but could not yet imagine.

Twelve men eat six bags of potatoes. Each bag holds six kilograms of potatoes. What is the quotient. He saw himself write down 12, he saw himself write down 6. He did not know what to do with the numbers. He crossed both out. He stared at the word quotient. It did not change, it did not dissolve, it did not yield its mystery. I will die, he thought, still not knowing what the quotient is.

He is like a stone, a pebble that, having lain around quietly minding its own business since the dawn of time, is now suddenly picked up and tossed randomly from hand to hand. He passes through these institutions and camps and hospitals and God knows what else like a stone. Through the intestines of the war. An unbearing, unborn creature. I cannot really think of him as a man…

[Your stay in the camp] was an allegory  – speaking at the highest level – of how scandalously, how outrageously a meaning can take up residence in a system without becoming a term in it. 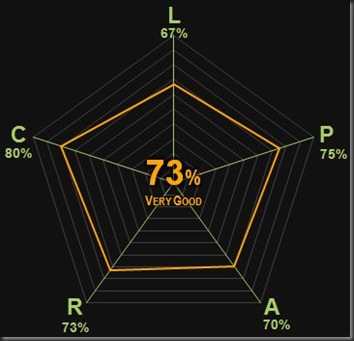 Read the Hitchhikers’ Guide ‘trilogy’ many years ago, so this is the first of Adams’ books that I’ve read since then. I loved the books I read back then. I…

Context: I read this at home and as we have a paddock next door with horses and they feature widely in the novel, decided this would make a good context…

Context: started packing for our final move of these nearly three years (we hope) up to Ukarumpa in the Highlands of Papua New Guinea. REVIEW Paton’s Cry, the…

Context: Started this in the Romanian town of Sighisoara (in background), birthplace of Vlad Tepes who some claim to be the model Stoker used for the character of Count Dracula….

Context: I bought myself a nice reflective yellow top to wear jogging while I listened to this in autumn’s gathering gloom. REVIEW I really like Wharton. This is the third…

Context: Finished this as Mrs Arukiyomi was hosting one of her popular cafes one Saturday. REVIEW This was a really strange novel. You can’t win the Nobel Prize without being…