A very, very long time ago, I was a teenage boy. At that time, I read Shute’s masterpiece, On the Beach, and loved it’s melancholy and dead-end conclusion. I was interested then in reading Alice and finding out how it compared and how I’d react to his writing after so long.

Well this is a wholly different book from On the Beach. For , a start, it’s a positive novel which focusses on the life of one main character, the remarkable Jean Paget. That Jean’s early experiences are based on a woman in real life is amazing too. Shute met someone who really had spent three years of the war walking non-stop from one Japanese officer to another… and not only survived but thrived. And Jean goes on from her war experiences to use an inheritance she receives with astonishing vision and acumen.

While I liked the character of Jean a lot, I found the framework that Shute used for the narration of the novel somewhat cumbersome. The novel is told by one of the trustees of her inheritance, an aged lawyer who takes a slightly more personal interest, shall we say, in Jean’s affairs as the novel goes on. What I found irritating about this was that when Jean was halfway around the world, he was narrating detailed conversations and feelings etc. This just didn’t work for me. It was far too forced. However, although the narrators perspective is warped in my opinion, it’s a device that works to convey the issues that arise from aging, loneliness and love and I did appreciate that.

The story basically falls into three parts. There’s Jean’s wartime experiences which could probably have been a novel itself. This then leads up to her heading off to Australia and the town like Alice that she attempts to build. There’s a final sub-plot towards the end which I wont spoil for you.

I wasn’t entirely sure what Shute’s purpose was in writing the novel. If it was to show the indefatigable spirit of a person, he has succeeded. But in order to do this, he links together three quite different extreme experiences. That someone would have three such experiences is, I found, a tad implausible. But, that aside, there is a story to catch your attention there and characters that make you care. 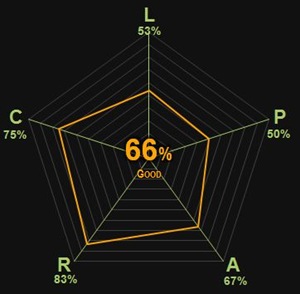 Before we’ve reached the 100th page of this, Ms Walters can’t hold it in any longer: Maud stood very still, her pink lips parted [ooh er], her face put back,…

Context: Started reading this as we browsed charity shops in Cambridge. By the next day I’d finished it and had some more books to add to my groaning shelves. REVIEW…

What a great read this was. I can also imagine that Murdoch had immense fun writing it too, because that comes across in the writing for too often to be coincidental….

Context: Read this while we screened the Jesus Film on a generator at the Foursquare Church in Male, PNG. REVIEW It seems entirely appropriate that I should finish this book…

Leave a Reply to Thomas at My Porch Cancel reply