REVIEW Heard a lot about this novel and watched most of the film with that woman who won that Oscar. Anyway, polished this off very quickly. It’s one of those books you can read in a rainy afternoon when you’re wishing you were somewhere else and need a novel to make you realise where you are is lovely.

Freud writes this in a way that transports you into the mind of a small child travelling in a foreign country with parents who don’t quite tell you the whole story. I should know because my parents carted me off to the Middle East when I was 5 for six years and I didn’t have a clue what was going on but was fascinated by pretty much everything I encountered.

This isn’t Cider With Rosie at all. Bad stuff happens. But everyone’s alright in the end. The bad stuff is mostly the fact that her mother hasn’t got any way of supporting herself as her meagre resources run out in Morocco. From a trusting child’s point of view though, Esther seems to integrate herself pretty well into her new home. Her sister though goes even further, being older and doesn’t seem to suffer from the occasional pangs of self-doubt and worry that dog Esther.

1960s Morocco is vividly brought to life with all the character it would have had. It’s not as vivid as My Family and Other Animals, but it’s pretty well depicted. In the end though, I found it a little short and, because of her age at the time, I wondered if she was old enough to really relate in depth what she experienced. It’s vividly described, yes, but the ability to reflect on our experiences from the perspective of later life is something I wished the book had more of.

That said, it’s a classic for sure, capturing an era that has, for better or worse, long gone form the shores of Morocco. 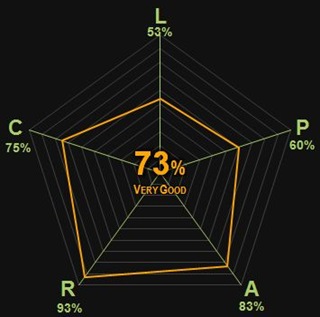 Context: Our jacaranda tree was in full bloom as I finished this one off. REVIEW This is the third book on the psychology of love which I picked up when…

Swift is better known for his later works (Gulliver’s Travels and A Modest Proposal in particular) and having read those before turning to this, it’s easy to see why. In fact,…

Context: Finished this in a day on my bed at my mum’s place in Portugal. REVIEW This started off as an unassuming romance novella but, before long, I realised that…