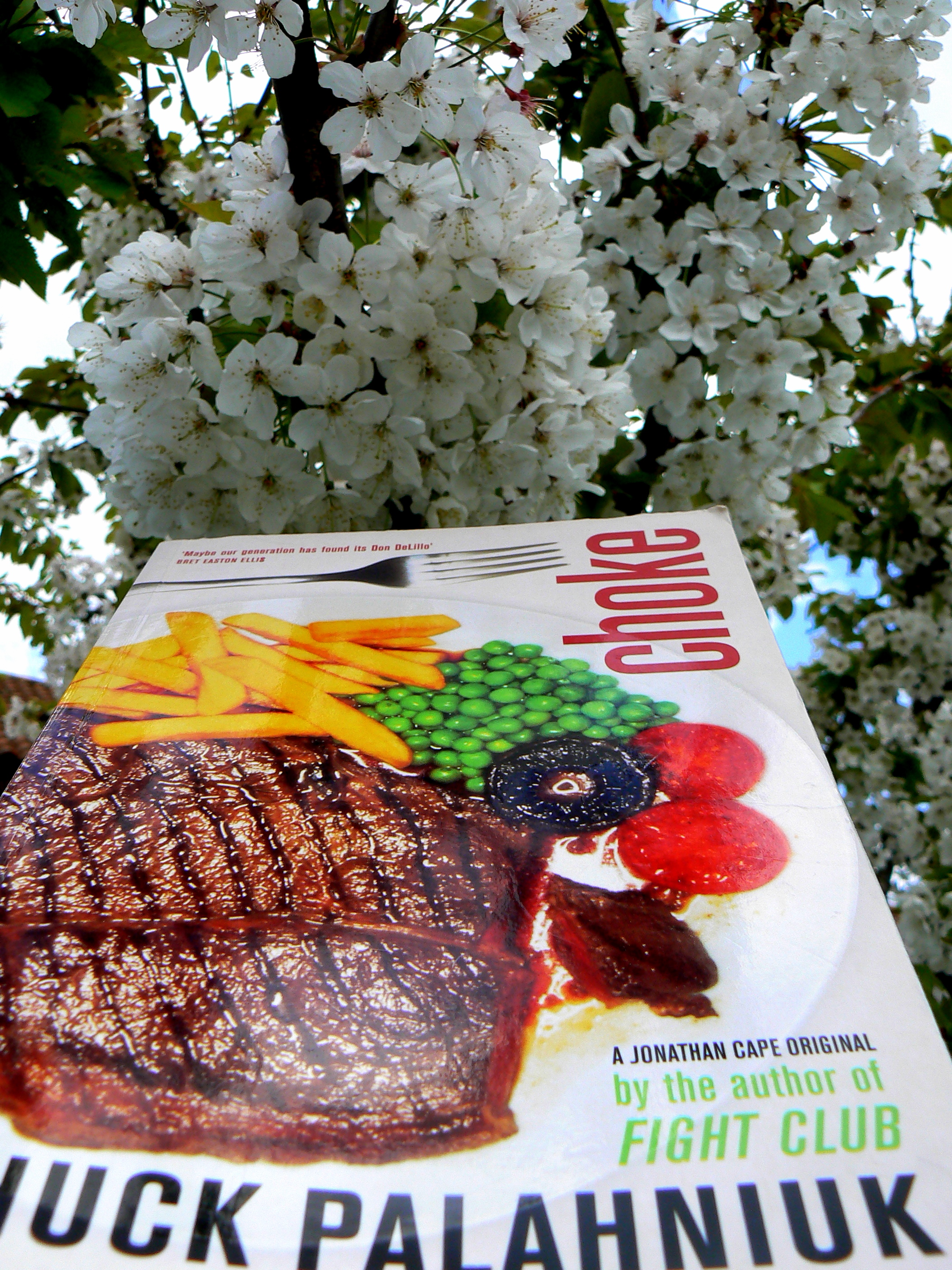 Context: The blossom was out in force as I worked my way through this one.

REVIEW
I kind of wish I’d take Palaniuk up on his advice in the opening line. This book was a bit of a puzzle to me. I couldn’t really figure out what he was trying to achieve. It was a bit like a piece of modern art that everyone raves about, but secretly, inside, no one thinks is any good. I’ve read enough Easton Ellis not to be too impressed with Palahniuk’s offering here.

Victor Mancini is a man with problems. He’s a sexaholic and estranged from a mother who never really raised him and who he now lives to support in an old-people’s home. He’s not a very happy character. The timeline jumps around from the present with flashbacks to his childhood which are told in third person (part of his attempt to distance the child from the adult?) and there’s no real cohesion.

I think the novel is trying to challenge ideas of what sanity is, what normal is and to perhaps challenge behavioural boundaries that society seems to arbitrarily defend. I’m not sure that the book deals with all this very convincingly to me because Victor is clearly at least a few keys short of the whole QWERTY. The world as he sees it is hardly a viable alternative.

Palahniuk owes a lot to the writings of Saul Bellow I feel. Herzog is a masterpiece and Choke a very distant relation. Glamorama and, in particular, American Psycho also gave Palahniuk a lot of his ideas. Even Underworld had elements which he’s borrowed although how that novel could inspire anyone to do anything except take some Valium is beyond me.

So, in summary, I think this deserves it’s place on the list of books removed from the 1001 list. I don’t think Choke has contributed anything to US literature that it didn’t have enough of already.

“Sobriety is okay enough,” Denny says, “but someday, I’d like to live a life based on doing good stuff instead of just not doing bad stuff. You know?”

You could put most of these folks [in an old-people’s home] in front of a mirror and tell them it’s a television special about old dying miserable people, and they’d watch it for hours.

Ten times out of ten, a guy means I love this [when he says I love you].

When it comes down to a choice between being unloved and being vulnerable and sensitive and emotional, then you can just keep your love.

A strange novel that faded from my memory within a few days of reading it. My third short novel in a row and, like the others, it runs out of…

I thought this was going to be really good. It was the first novel translated from Vietnamese to English even though it was only published in 1988. That says a…

Haven’t read any Dickens for a while, not since Hard Times almost five years ago to be exact and this was the second time that I attempted this particular tome….