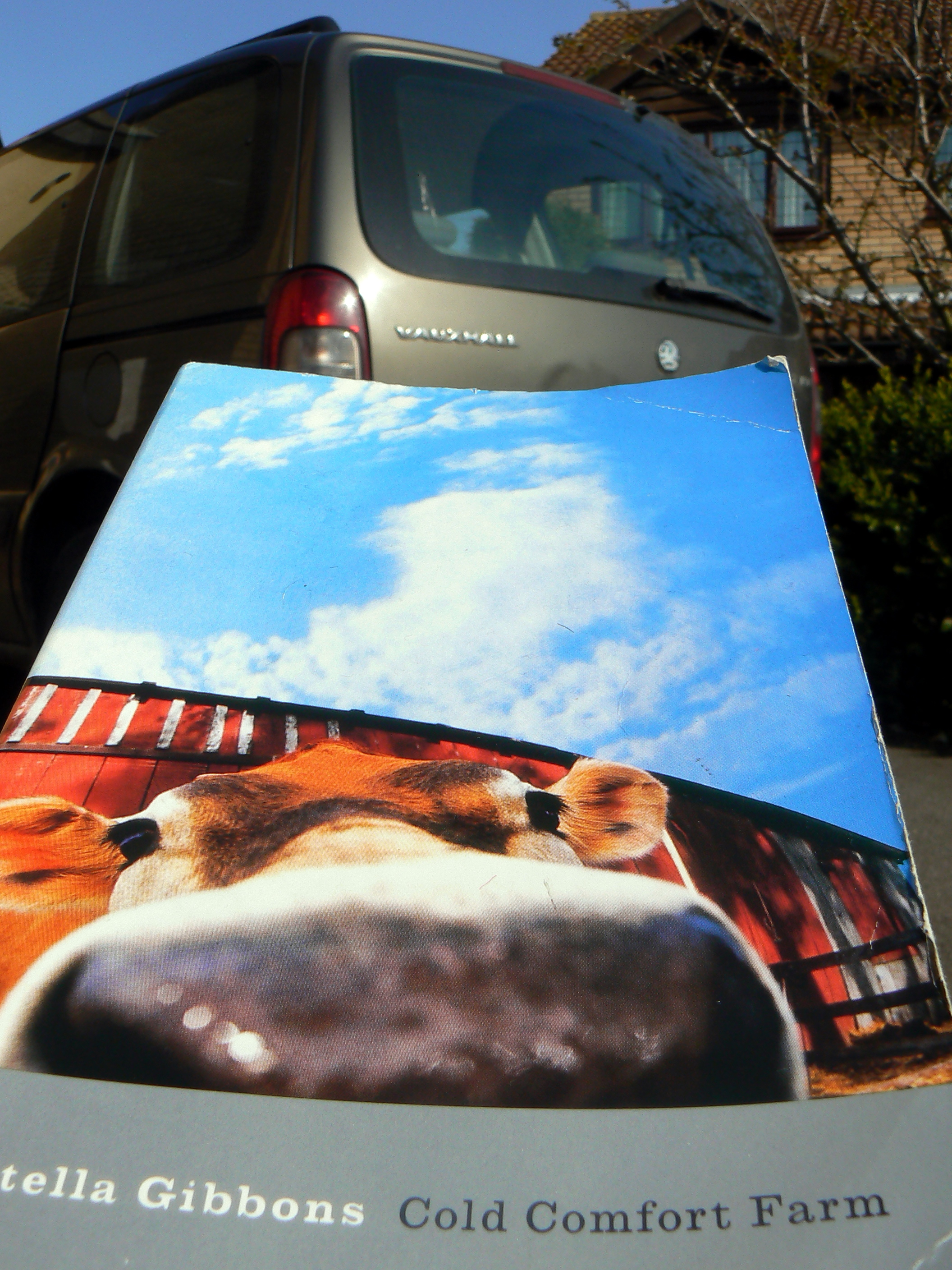 Context: Finished this off as we were heading back in my sister’s car from another day out over the Easter holidays with her family who came to stay.

REVIEW
I’d heard a lot about this before I picked it up. Many people have asked me over the years whether I’d read it. I should have asked them why they were asking because, having read it, because I think it’s genius can only be appreciated if you have quite a formidable understanding of English romantic literature. I do not. For Julie Burchill from the Sunday Times to say on the back cover that it’s “very probably the funniest book ever written” is sheer hyperbole. Though I may have smiled on occasion, I never laughed out loud.

Flora Poste, our protagonist, is one of those bored penniless rich people 1920s novels are littered with. Her hobby: social engineering. Cold Comfort Farm, a cousin’s mouldering property in the dankest part of Sussex you could imagine, becomes for Flora a laboratory for a daring social experiment: can she unlock the spell of the family matriarch and release each of her Starkadder minions into their full potential?

Each member of the family has definitely been constructed with care by Gibbons. And, as is typical for a parody, they’re a pretty stereotyped bunch. We’ve got the religious bigot, the farm idiot, the flighty teenager, the amorous hunk… this novel is a caricature of society and is drawn with the exaggeration you’d expect. On top of this, Gibbons adds a nice wash of local colour with some rich country dialects thrown in and some insights into what farming on less than favourable land would have been like in pre-WW2 Britain.

Does Flora succeed. Well, this question was for me at the outset what injected a nice element of crisis into the mix. But within 50 pages, you pretty much know what the outcome will be and the novel makes a beeline for this expected ending. I found it disappointing to discover it would make a touching Disney film actually. I could have done with the steady plot having a just one or two Lot’s wife moments, I guess that’s not the point though in a parody.

The calm collected way Gibbons wraps everything up at the end is a slap in the face to anyone who likes Austen (who I personally feel couldn’t structure an ending in any satisfactory way). Undoubtedly, Gibbons’ genius lies in the fact that she could construct a parody that works both on the micro level of coining individual words right up to making a mockery of the entire literary framework so many British country writers had employed over the years prior to Cold Comfort. Her closing line is a perfect way to end it. This is a little slip of a book and quite why it should make the 1001 Books list at all is a mystery to me. There’s nothing wrong with it,…

You know, I’m always disheartened when picking up a book to find a sticker staring back at me declaring that it’s been “Shortlisted by Richard & Judy’s book club.” What…

Context: Mrs Arukiyomi picked up a ton of great fruit at the market as I was finishing this off. REVIEW Not read any of Byatt’s work before although I have…