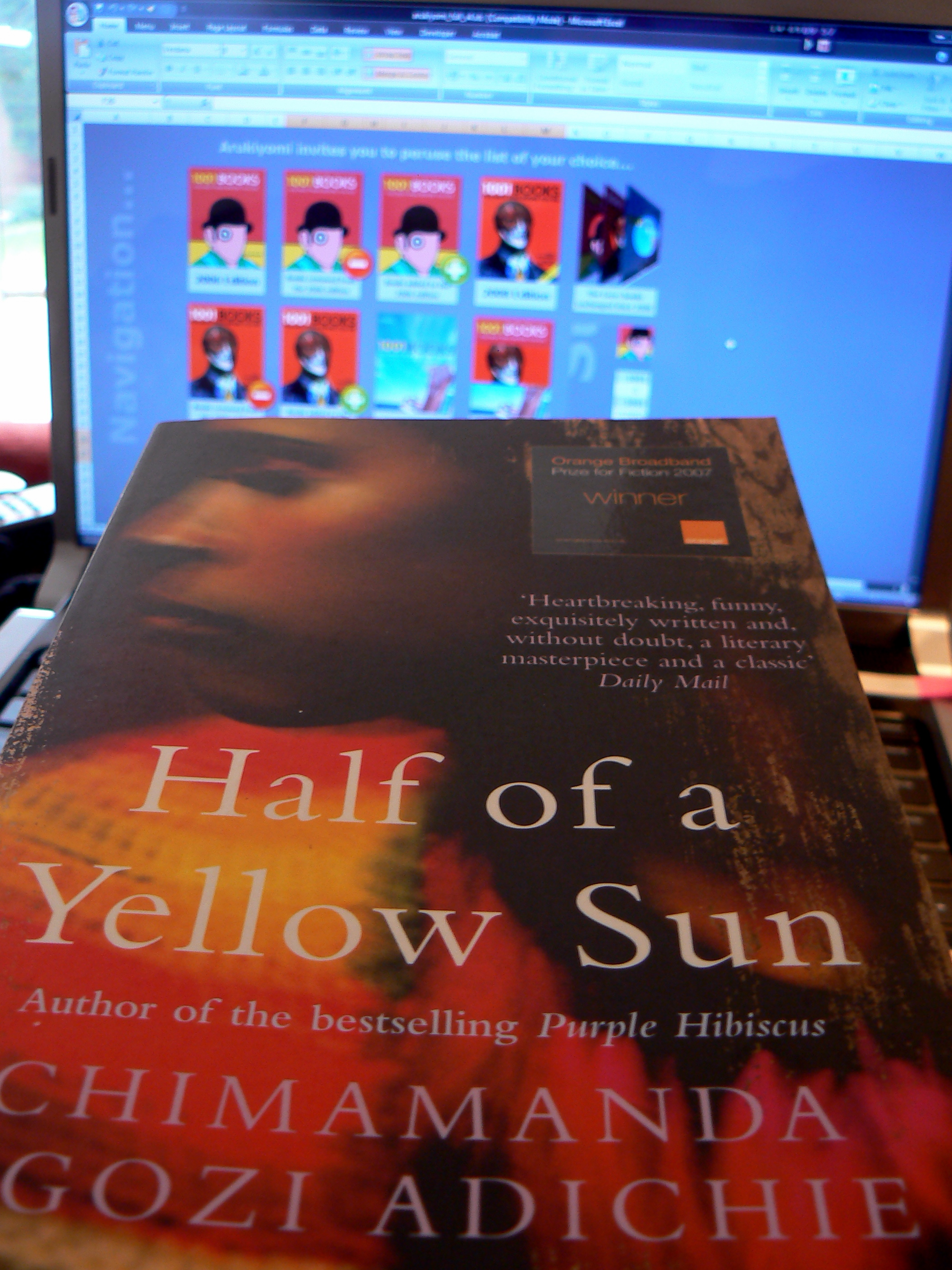 Context: Laboured intensively to produce v4 of the 1001 books spreadsheet while reading this.

REVIEW
I knew nothing about the Biafran conflict in the late 1960s. I know considerably more now. Yellow Sun is an eye-opener. Very movingly written and yet never far away from the resolute humour that characterises many of the novel’s cast.

The book begins in Ugwu’s village. He goes to work for a university professor and by entering the world of the literati teaches himself to read and write and to think about the world beyond the village. Various other characters enter the orbit of the professor’s family and then the war breaks out and everything changes forever.

Adichie writes very well and you’re never tempted to flick ahead a few pages to see if she picks up the pace. It’s not fast-paced though, don’t get me wrong. It’s measured and thoughtful. She has spent time crafting sentences in what is not a short novel. The whole is thus lent a grace which belies its subject matter which is, at times, quite brutal and graphic.

The strength of the novel lies in its characterisation. The actors are strong and the writing changes just ever so slightly with the focus on each one. From Ugwu’s viewpoint, the professor is always Master or Master Odenigbo at best, but from his peers, he is just Odenigbo. I liked the fact that she still managed to retain subtlety like this in a novel whose subject matter is anything but.

The story is told from the Biafran side and it is a side of suffering and sorrow. I learned more than I’d ever known before and was grateful for it. I hope to pass it on to a friend whose working in Nigeria now. I wonder what kind of reception it gets there?

FIRST LINE
Master was a little crazy; he had spent too many years reading books overseas, talked to himself in his office, did not always return greetings, and had too much hair.

Ugwu writes his dedication last: For Master, my good man. Context: My mate Chuck suggested I read this. I read it in a day as that’s all the time I had at his house in Kumamoto, Japan.REVIEW Not bad but…

REVIEW Definitely a product of it’s time and country. Having visited Las Vegas twice now (once I had no choice, once I wanted to see why I’d been taken there),…

Context: Finished this off in a day while me and the Mrs stayed for what could potentially be the last time with the mum-in-law at the lodge on the Norfolk…