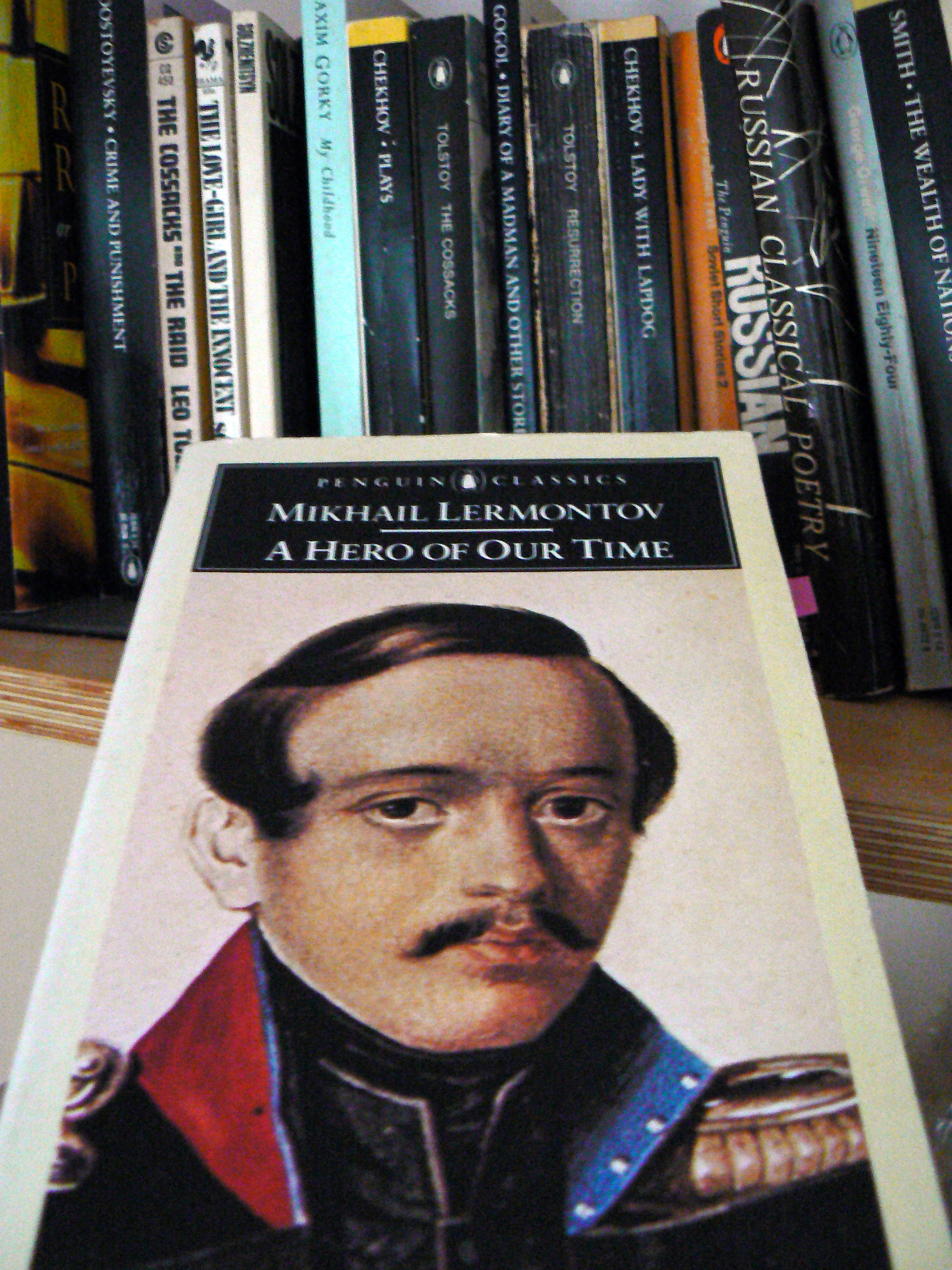 Context: This is the first of a few books I’ll be reading from the collection of Russian literature the guy we’re living with has.

REVIEW
Never heard of Lermontov, Philistine that I am. I’ve read quite a bit of Russian literature over the last few years. I have to say that this is probably one of the oldest Russian novels I’ve read and yet one of the most readable. Granted, it’s five short stories really all of which feature Pechorin, the Hero.

Quite why he’s a hero I couldn’t really figure out. I guess heroes in those days had to risk life and limb seducing women and breaking local customs left right and centre. They also had to be carefree, completely lacking morals or any sensitivity to anyone else’s view. There’s no doubting that Pechorin was good at what he did. I wouldn’t say it was heroic though. Maybe he’s heroic because he breaks with tradition, of which morality is a part. I don’t know. Admittedly, Lermontov does say “of Our Time” and, in the end, I’ll just have to accept that it’s something I can’t understand because of the historical and cultural difference.

The stories are swashbuckling affairs of derring do mostly and they’re not long at all. There are occasional attempts to philosophise on what life is all about, particularly women and their purpose, or lack of it. But Russian lit had a long way to go until the likes of Raskolnikov and Pierre Bezukhov were created. There’s less introspection and general angst about the human condition in this novel than any Russian one I’ve read. That was somewhat of a relief after the last Turgenev.

The novel was extremely influential at the time but like many novels of that ilk, the impact it made on the readers of its day is a far cry from what it makes on readers today. Historically, it’s an important book and rates more highly for that. But it’s likely many will come away from it like I did with little more than amusement at the mandatory 19th century period pieces: a duel, a triangle of unrequited love, and some colonial philandery.

CLOSING LINE
That’s all I could get out of him – he’s not at all keen on metaphysical discussions. There, in a charity shop, completely unblemished as in a proper bookshop, lay Weir’s encylopaedic description of one of the most magnificent courts of English royalty. And it was mine…

Trollope’s story of a marriage and a life destroyed by the jealousy of a husband could have been a vivid portrayal of how delicately married life can be balanced. Instead,…