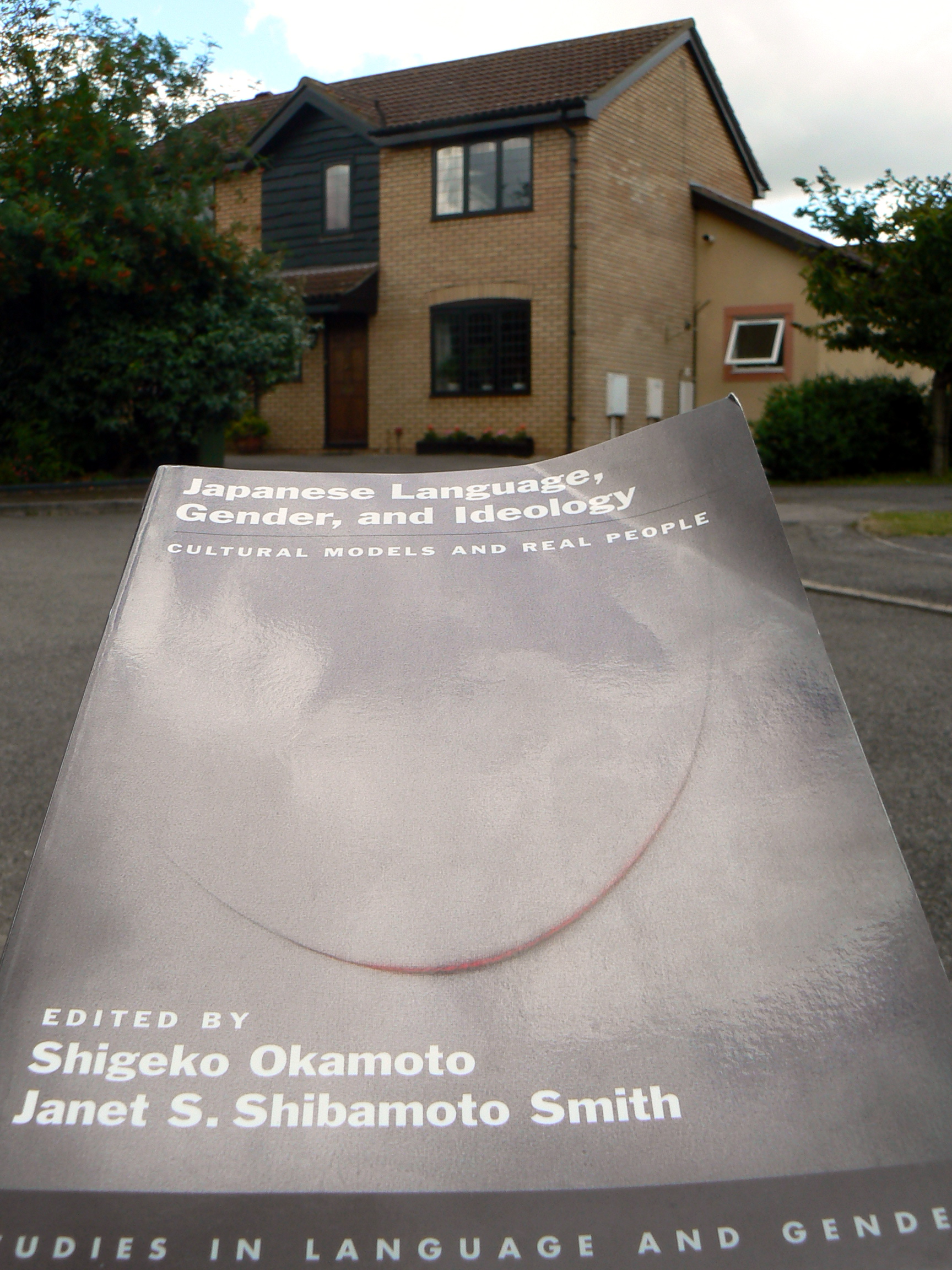 Context: Was reading this when we moved into the flat here at 77 Field View, Bar Hill.

REVIEW
This was a review copy I was sent for free. I’d chosen it from a list of titles most of which I could barely understand let alone review, so I was really glad to see something that matched my background a bit. I did an MA in Applied Linguistics back in Japan in the early millenium and I sure wish this had been published back then. The official review has been published by the Summer Institute of Linguistics and you can read it here.

This is a ground-breaking publication because it draws on so many sources to try to put together a picture of how real Japanese people use real Japanese. Okay, so the editors don’t define what they mean by “real” but I got the idea.

The diversity of sources is remarkable. We’ve got everything from historical novels, contemporary romance novels, office workers’ speech, dictionaries, comic books, shop exchanges, lesbians in bars, transvestites being interviewed to junior high school playground langauge. This is a vast achievement.

They set out to challenge the view that everyone speaks the same type of Japanese and, in particular, that Japanese women use a particular form of Japanese that differs from men.

Not so, they argue, mostly cogently throughout the book. But there were a few things which I didn’t find satisfactory. Firstly, most of the 15 papers in this volume are overtly feminist. I thought it should be retitled Japanese Language, Women, and Ideology. Men are mentioned a couple of times and only headline in one of the smallest chapters which, incidentally, is the last one, redolent of an afterthought.

Secondly, and much more worrying for me, were the arguments against established social categories. Don’t get me wrong, I’m all for questioning things we might accept simply at face value. But at times I felt this was simply argument for argument’s sake. Take this quote from p132 for example:

“The constructive view of gender denies the dichotomous female/male distinction and emphasizes the diversity of female identities. But if the differences among women are so wide, we are forced to ask whether we should dispense with the single category of “woman…”

No suggestion was made, tellingly, of what we’d use instead of the word woman or the total confusion that would result. While the authors repeatedly argued against Japanese langauge stereotypes and norms, they also repeatedly made statements like “women’s actual language use” and “real life.” I had to ask myself what, in a world without an agreed norm, phrases as value-laden as “real life” or “women’s language use” would actually refer to.

But aside from my gripes, the book is extremely valuable both for the question it asks and the answers it attempts. I was glad I read it and hopefully my review should appear on the web sometime in the next few months.

FIRST LINE
Models of Japanese society and culture, in particular the Nihonjinron ‘theories on the Japanese’ literature, commonly stress such attributes as homogeneity, harmony, consensus, and hierarchy, including gender stratification. (from the Introduction)

CLOSING LINE
The result is a rare glimpse into the heretofore largely hidden situated linguistic practices of socially diverse Japanese women and men. (from the Introduction)

Context: Read this while we hosted many villagers on our large veranda in PNG. REVIEW I’ve read a number of Atwoods but nothing comes close to this. Somehow she’s managed…

REVIEW This is an excellent overview of the immensely detailed and frustrating world of multilingualism. Edwards’ style is very very readable, often ironic and he uses a lot of very…

The strength of this book lies in its unique perspective. Very few books comparing Islam and Christianity are written by people who have been committed to both camps. If there…