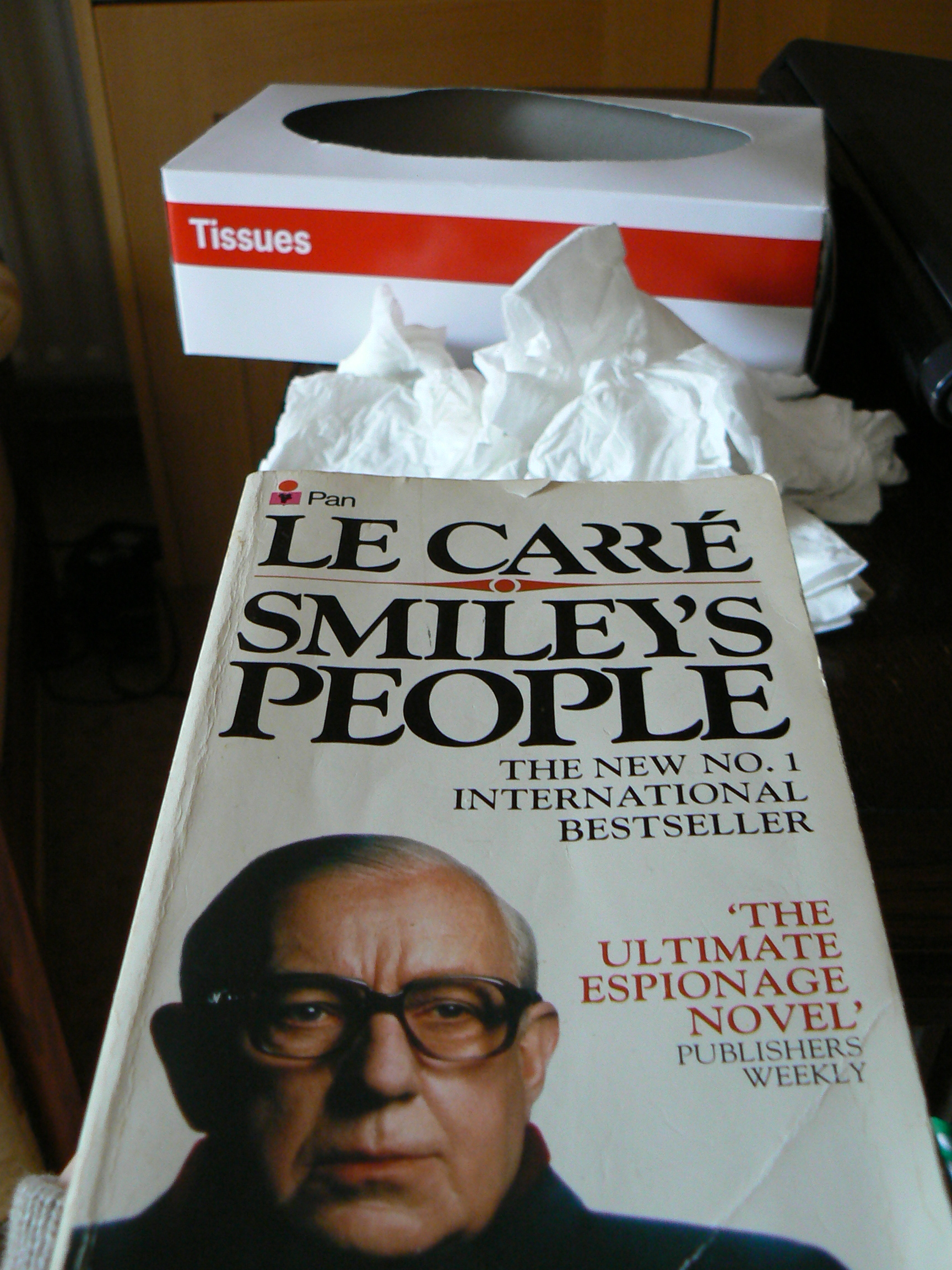 Context: Got my first cold in a year and a half just as I finished this off. I should have been reading The Spy Who Came in from the Cold!

REVIEW
I don’t really get le Carré. He’s one of the most highly-rated authors around and so far, after reading two of his novels, I just don’t get it. Perhaps it’s that spy novels only really appeal to people who get turned on by spying. That is, if you’re into sitting around pretending to be someone else, appearing to be ordinary when underneath your extraordinary, communicating in tedious and cryptic ways about events which you think are of cosmic importance but really no one cares less about, then spy novels are for you.

If not, James Bond may be more your thing and the reality that is a le Carré spy novel will just bore you to tears.

This novel is somewhere closer to the present day than Tinker, Tailor, Soldier, Spy. Because of that, I was able to place some of the characters and the novel was less dense as well. Smiley comes out, again, from retirement to clear up a mess of clues that his subordinate minions can’t seem to figure out at all and which lead to the biggest spy coup in history (yawn!)

There actually seemed to be a plot and a storyline although I couldn’t really figure out how one event led to another. First Smiley’s in Hamburg, then he’s suddenly in Switzerland, then he’s back in England following a thread of clues that I can’t even begin to grasp.

It all leads to what I suppose le Carré intended to be a superbly gripping climax but saw me counting pages to the end. I was certainly quite a way back from the edge of my seat.

Does anyone else who’s read this know why it’s called Smiley’s People? Who are these people and why are they his?

So if this, as Publishers [sic] Weekly says on the front cover, is “THE ULTIMATE ESPIONAGE NOVEL” then, I don’t need to bother reading any more do I?

CLOSING LINE
Yes, well, I suppose I did.

I actually downloaded a copy of this and listened to it over 4 hours. Beautifully read by Jerry Farmer in a great American drawl. REVIEW: The characters were magical and…