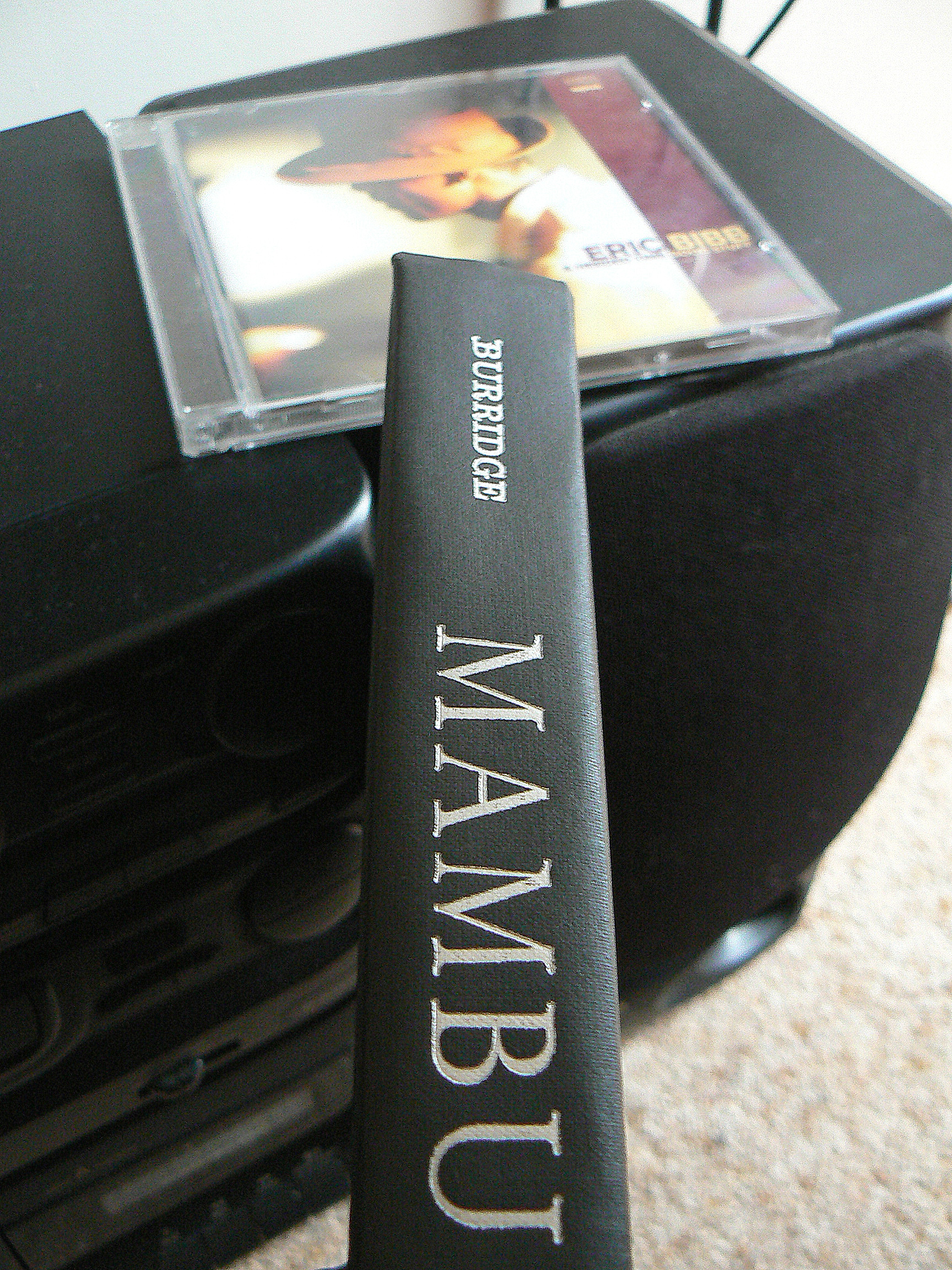 Context: Discovered the music of Eric Bibb while reading this one. Love it.

REVIEW
This is a bit mistitled I feel. Perhaps Kenelm felt that a name like Mambu would sound exotic. Perhaps his parents felt the same way about him.

Mambu was a Cargo cult prophet who appeared on the PNG scene shortly before WW2. He is generally believed to be the first documented guy to spread Cargo cult belief over a relatively wide area. Little is actually known about him and it would be impossible to fill a three hundred page book like this with anywhere near enough information. You’d be lucky to get 300 words out of him in fact. So, what is Burridge’s book about then?

In a nutshell, it’s an attempt to understand why it was that the Tengu people of Madang province in particular took up and followed Cargo cult beliefs. It is a book almost totally dedicated to describing the worldview and culture of the people and what elements of these made the Tengu people open to Mambu when he came for a brief visit in about 1937.

Even acts like gift giving can thus result in conflict if the receiver is not in a position to make full use of the obligation which they have been placed under. And this is precisely what happens when a bunch of foreigners turns up and offers you material goods which are so fantastic as to place the reciever under obligation they can never hope to repay.

This is not helped by the givers of gifts establish a social hierarchy which reinforces their higher status and has specific strategies for making sure that natives will never reach that status.

Thus, Tengu people feel desperate to somehow get access to cargo which will enable them to regain their equivalence in native-foreigner relations. Burridge concludes that this means the solution to the problem lies with the “moral European” i.e. people who choose to conduct themselves in ways which not only enable mutual obligation but mutual fulfilment of that obligation in their relationships.

I thought this focus on mutual equivalence was way ahead of its time actually and in marked contrast to Lawrence’s shocking conclusions five years later.

While I gleaned some interesting and valuable ideas about culture from him, I found Burridge repeated himself quite a bit. The book could have been a third shorter and still driven home the point.

FIRST LINE
When in the field, anthropologists frequently have experiences which they tend to reserve for dinner parties or as a relaxation after seminars.

CLOSING LINE
Thereafter, when [a charismatic figure] no longer reflects the myth-dream, he must, like all political leaders, either fight hard to win the consent that will keep him in power, or use those numerous techniques which are available to him to enforce such a ‘consent.’

Orwell’s flawed but nevertheless important novel about a young man’s single-handed struggle against capitalism is an easy and often amusing read. Gordon Comstock, whose inflexible philosophy drives him further and further into…

Context: Courtesy of the mother in law, I read this while working in the Wycliffe kitchens. REVIEW Reading up on PNG history is one of the areas I’m focussing on…

Context: The first book I read back in the UK where I could finally avail myself of the wonders of ordering books for free at a library… mmmmmm! REVIEW As…

Context: Read over two years after I picked this up on a snowy day at Borders in Stockton.REVIEW This took me two years to read. But it wasn’t because it…